The World is your Oyster, Advice from Scott Wolstein

Scott Wolstein has a long and distinguished career as one of the top leaders and developers in the real estate industry. As company Chairman and CEO of DDR, he led a successful IPO and grew its assets from $400 million to $16 billion, becoming a world-leader in open-air shopping center ownership, management and development.

“The world is your oyster. You can do whatever you want,” Wolstein explains to Host Greg Muzzillo on Million Dollar Monday. “You see an opportunity and you think it’s right for you, just go for it. Don’t think you have to have it all tied in a bow… if it’s a good enough opportunity and you pursue it aggressively, you’ll find a way.”

Listen to the podcast now…

I want to stay updated with real advice from real successful people.

Scott has a long and distinguished career both as a leader in the retail real estate industry and as a developer of successful retail, office, single family, multi-family and mixed-use real estate projects. Scott studied Finance at the Wharton School of the University of Pennsylvania and received his Juris Doctor degree from the University of Michigan Law School. He practiced law for five years and then left to form his first company Diversified Equities, a syndication firm specializing in creating tax advantage investments.

In 1993, Scott merged his company with Developers Diversified, his father’s Shopping Center development firm, and formed DDR. He led a successful IPO, taking the company public and ran the company’s Chairman and CEO for 18 years. Under his leadership, DDR grew its assets, under management, from $400 million to $16 billion becoming a world leader in open-air shopping center ownership, management and development.

Scott has served on various boards including University Hospital, Case Western University, United Cerebral Palsy of Cleveland, Board of the International Council of Shopping Centers, The Real Estate Roundtable and the National Association of Real Estate Investment Trust, and is often invited to participate in the World Economic Forum. Scott has been the recipient of numerous awards and has been named to the Northeast Ohio Business Hall of Fame.

Million Dollar Monday features real successful people with real useful advice for entrepreneurs and people with big dreams. This series is hosted by Greg Muzzillo who many years ago started his own company called Proforma with a small investment of $200 and a lot of big dreams. Thanks to solid advice from some real successful people, Proforma is now a $500 million leader in the printing and promotional products industry with over 600 franchise offices throughout North America. Today, Muzzillo’s big dream is to help aspiring business owners and sales professionals reach their big dreams. 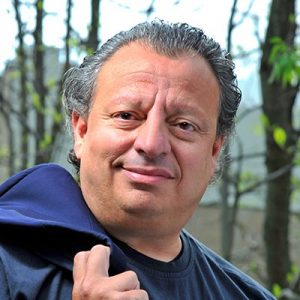